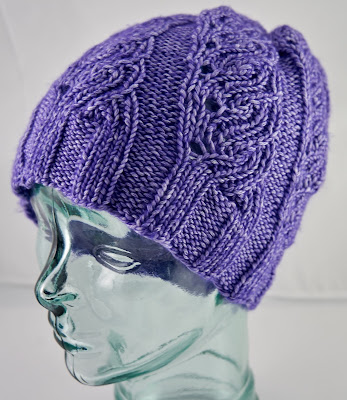 For April, I made another hat in Cantata - a fun, multi-season yarn with a unique construction (a cotton cage with superwash wool blown inside). A heathery-denim look pairs well with great stitch definition in this soft, lightweight yarn. The stitch pattern is a swirling, slightly lacy rib that moves in a diagonal direction. 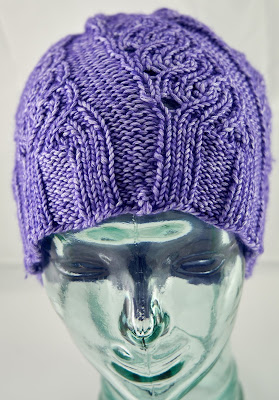 We will be giving away 3 kits of 2 skeins each (enough to make 2 hats) - 2 through Facebook and 1 here on the Blog. To enter on the Blog, comment with your favorite color of Cantata. The winner will be selected on Monday, April 22, 2019 at 3 pm PST. 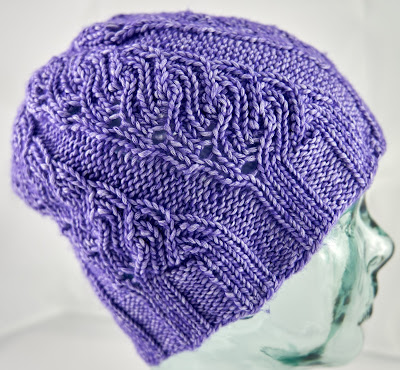 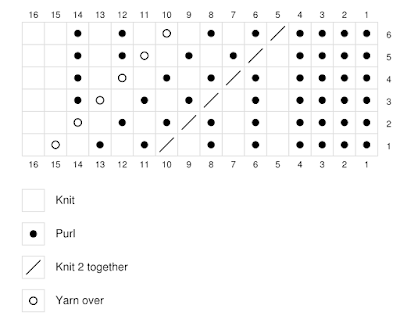 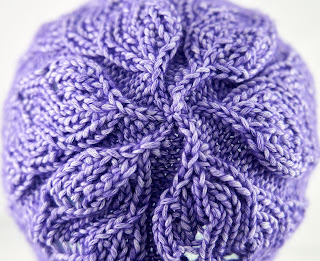 Popular posts from this blog

February 03, 2011
Susie's Reading Mitts Designed by Janelle Masters  & Susie Rogers Free Download on Dancing Ewe Yarns website Knit in Cloud 9 (50% Angora/50% Merino Wool - 109 yds/50 g) - 2 balls These cozy mitts are perfect to keep your hands warm while leaving your fingers free.  They are simple, yet dressy enough to wear to the office, or simply anywhere you would want to read or knit.
Post a Comment
Read more

June 30, 2020
During the shutdown one of the Local Yarn Shops we work with suggested I design an arm warmer that can be used as a hand cover for opening doors, pushing shopping carts and other times that you need to touch something while out of the house. The idea being that you could pull it down and back up on the top side of your hand when you wanted to have something as a barrier between your hand and an object. This is particularly helpful when there is no convenient place to wash your hands or hand sanitizer available. They can be worn on your arm or scrunched on your wrist. Fixation was a natural fit for this project - mostly cotton with just a bit of elastic that has the added bonus of being easy care. You can make a pair of the small or medium with one 50 gram ball. The larger size will use a bit more than 1 ball. The pattern is pretty simple - just knit in the round with a bit of ribbing at each end.   Gauge Approx 6 sts/inch (unstretched) in stockinette Fini
Post a Comment
Read more